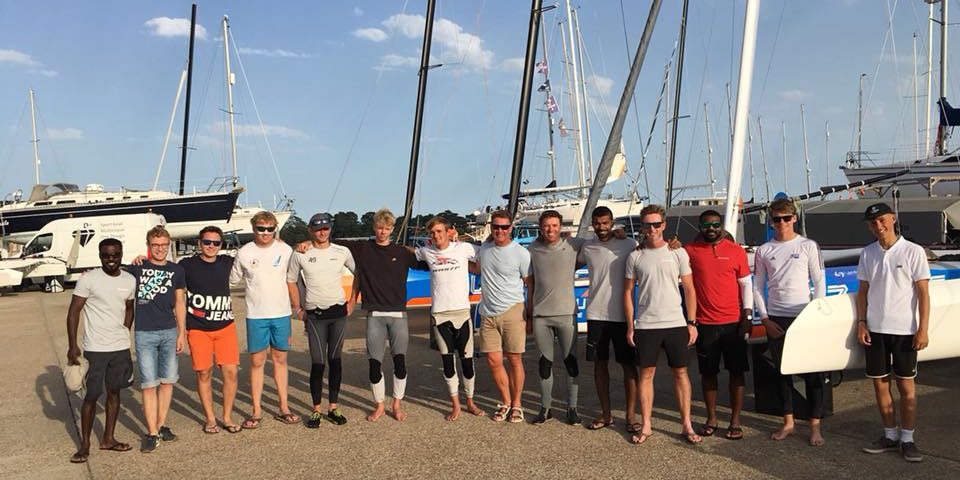 This summer, the Diam 24 od have crossed the channel for the Cowes regatta, the sanctuay of regattas. It was first with the “Tour de l’île de Wight » that the multihulls boats shone amidst an armada of 1200 participants. In the light breeze of the Solent, Benoit Champanhac is the first Diam 24 to finish and  is 11th on the finish line overall position in a race run for almost 10 hours. «Our objective was to do better than the English» explains the  skipper who foresees the Diam 24 od in numerous numbers in the coming years. Benoit will soon participate in the Grand Prix Pacifique des Jeux, in French Polynesia.

Seven boats were also present during the Cowes Week for a show regatta. The participants ran against one another on closed circuits as nearest to the coasts and it was the Brit  Stevie Morrison on Oman Sail who won after six races. Sure sign of the internationalisation of the class, this compact fleet was made up of 4 nationalities (English, French, Americain and Omani).

The British class Association has been created this year and proposes an interesting race calendar.  The boats will be all meet at  Hambles near Southampton and the association will be chaired by par Phil Cotton.