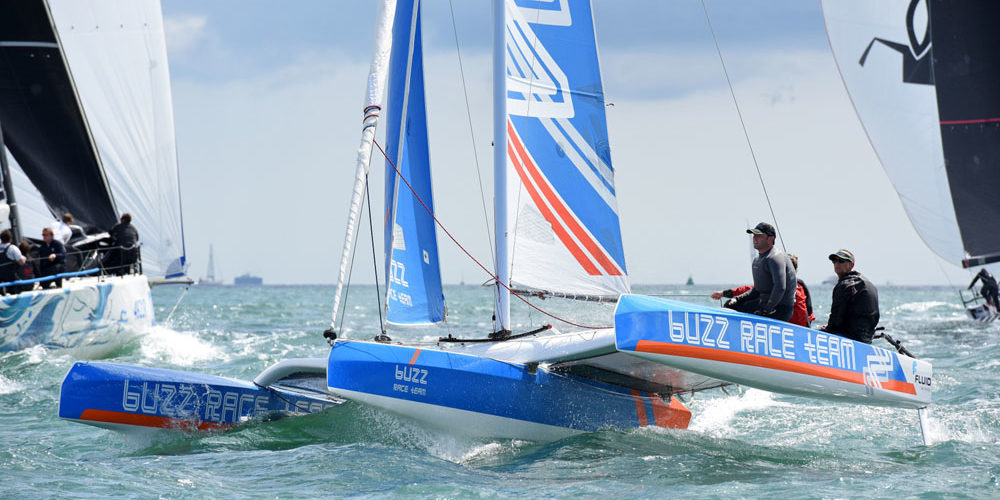 One of the most prestigious events of the sailing world, the Cowes Week will take place from the 10th to the 17th August and is getting ready to welcome the Diam 24 od class. Only guest status last year at the exhibition regattas, this year the Diam Class status is confirmed. On this occasion the Diam 24 od will be introduced as the first multihull sportboat series to navigate in the Solent waters among the numerous multihull classes.

With eight boat registered, the young GBR class association will be proudly represented. The fleet is composed of the Diam 24 od regular sailors but also of sailors from all around the world who want to discover the pleasures of speed racing, and learn how to renew their racing strategies and tac-tics, indispensable to produce good results.

Since 2 years, two units have been navigating among the most performant multihulls. The third boat will be delivered to Paul RUDLING who has decided to switch to accessible speed after several years spent on monohulls.

For the work, delivering the Diam 24od N°100 in New Zealand, temple of world sailing, organiser of the next America’s Cup, is a real satisfaction. New Zealand is the next class to be supported !

Developing the fleet in the Carribeans.

A second Diam 24od has just been shipped to Guadeloupe. The association Rêve de Large whose mission is to introduce navigation to youths, takes support on modern boats. A mission started with the formulae 18. Now with the Diam 24 od many young regatta sailors  will be able to discover 3 members-crew regattas on this multihull sportboat. They will be able to challenge Pascal MARCHAIS who proposes parking lots with boat slips specially adapted to the Diam 24 od…

Tour Voile projects on the making!?

Temporary ranking of the World Diam Tour after seven events : SATT and TV 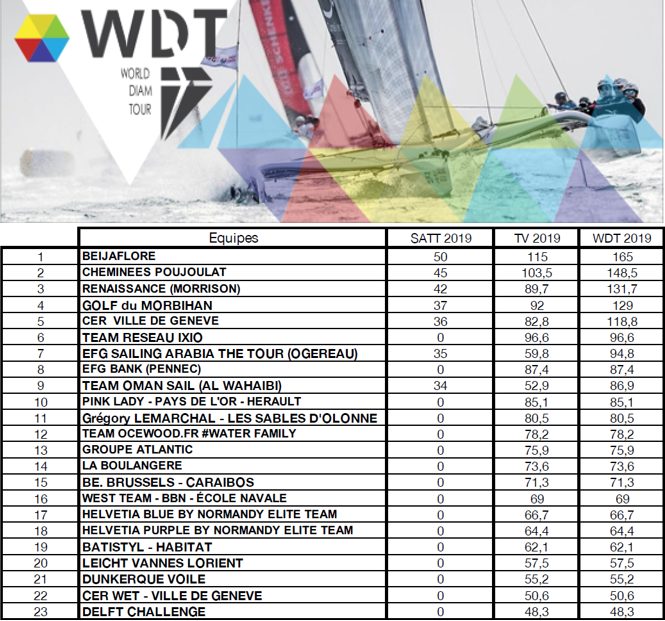 The first edition of the Nastro Rosa will takes place around Italy from 22nd September to the 12th October (outside prologues) with seven events spreading through Genoa, Rome, Naples, Rimini, Venice and Trieste. Thanks to the support of its partners, the organiser has just announced a subscribbtion fees of only 1000 euros and the first team to be signed up will be even offered part of its accomodation proceedings. The Nastro Rosa is opened to the Diam 24 od and to the two last Olympic classes as well, the kite surf and double-handed ocean sailing. For informations contact, Riccardo Simoneschi.

The suscription fees for the Grand Prix Pacifique des Jeux has been cut by the organisers. Polynesia marvels are now accessible as from 21 500 euros. « We have pondered on some races organisations so that the events are more accessible, without under rating the Grand Prix » explains the event director, Emmanuel Versace. This tarif includes the suscription fees, the accommodation on catamarans, food, the flights fares for three persons from Paris to Papeete and a new 2020 Geneker sail. The vent will take place from the 7th to the 21st November 2019. At the end of this event the new winner of the World Diam Tour will be announced. The event will be from the 7th to the 21st November 2019. More infos: https://www.gppacifiquedesjeux.com

L’EFG Sailing Arabia – The Tour, also known as the Tour d’Oman, has just annouced its next edition dates. The event will be from the 26th January to the 8th February 2020 in the warm waters of the Indian ocean.