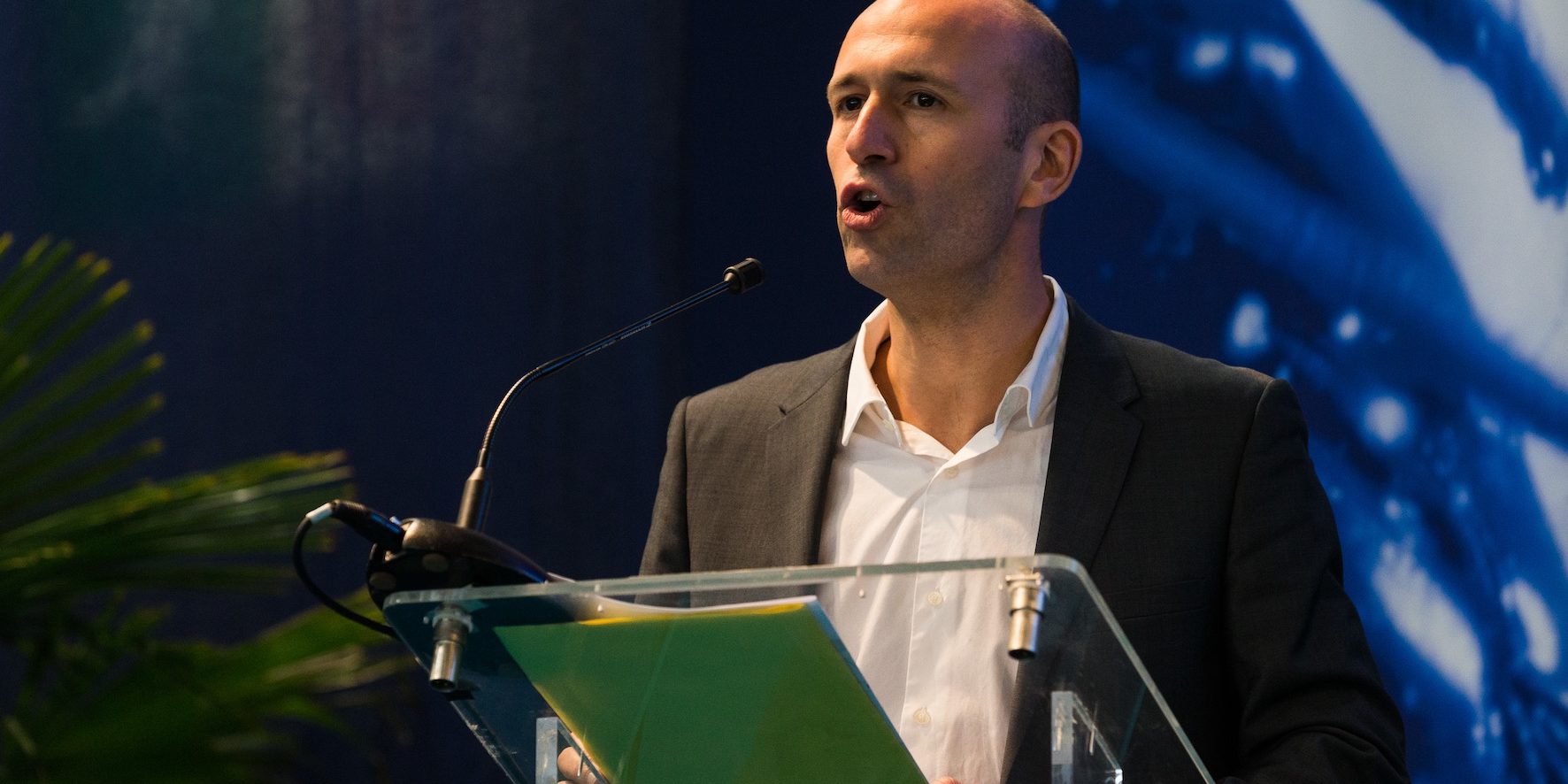 The 41st edition of the Tour Voile has just ended in Nice crowning Lorina Limonade Golfe du Morbihan team as the great winner. The organiser, ASO wants to keep the Diam 24 od as the official boat at least for the three coming years. The explanations of Jean-Baptiste Durier, the event director.

Why have you decided to keep the Diam 24 od as the official boat of the Tour ?

We have always declared, as event organisers, that our first goal is to hold in place as long as possible the official boat. It’s quite logical that the more it lasts, the lesser the cost for the participants who can switch on a parallel market with boats on hire or second hand boats. Of course, the aim is to reduce the participation budget and thus increase the number of boats racing. It is a serene decision taken after very positive feed-backs from the teams on the boat itself and the class rules respect during this 2018 edition. We really have a boat perfectly fitted for the Tour because it is both financially and technically  accessible. It is a good compromise for us. Of course, it is very visual, very lively and pleasurable to see on water as well.

Is this medium-term visibility important for the teams?

I do insist on one specific aspect, it will be at least on the 2021 edition that this will be known, but hopefully, already by the end of the 2019 edition, we will have been able to add 2022 and keep on like that. The idea of giving this three years visibility lap is indeed to allow new projets related to the Tour voile to have reasonable time for financial amortization.

Have you made comparison with other boats ?

We haven’t done so as we really want to keep the Diam 24 as main support as long as possible. For us, the most important thing is the coming into the events of navigators, that the racers are happy about it all, and that’s the case.  We want zero issues on the boats  rules fairness, and this is also the case.  This year is the fourth edition, we have levelled up twice on the measurements control aspect, penalities etc… to avoid any blunders. We all know that monotype supports – whatever it is – are defined and held by the respect of the rules, that’s really important.

We will always be watchful on this point. If you organise monotype sailing, like in any other mechanical sport, the main thread must be the sport fairness. Sport credibility is simply to have a fleet of boat all fully identical. This is clearly the case with the Diam 24, and actually the strong point of the boat. We will always be watchful with many controls  and examplary sanctions if needed so that everyone understand that it is all about caring for each and everyone interest.

Are you satisfied with the life-span of the Diam 24 od?

It is still the same boat as the one which started racing three years ago at the begining of the Tour. There were rumours inititally that the Diam would be merely a ‘consumer’ product. Some believed that  – because it is a cheap boat – important teams which aspired to win the tour year after year would buy a new boat every year. The reality is totally different. The boat is good – it is reliable, it is strong. The teams have no need to renew their boat every year. Today, we can see on the Tour many boats which were already there in 2015,  often under different banners but still fully competitive. It’s the sign of a good monotype support, and this goes for both professional and amateur teams, that is great, this means we are on a strong boat. God knows how the teams ferociously challenge each other and there has not been one broken mast! Not one ! That’s merely an example but reveals that the boat is reliable. That’s also an argument to reassure the amateurs and specially boat owners. When you have made an owner investment, knowing that the boat is strong is very important. And there’s nothing like the tour to test its metal.

How do you see the development of new events in France and abroad ?

The development of the Diam ecosystem is perfect for us. We are of course the main event of the year, but a main event without satelite events would be nothing. There has been a season issued directly from the previous Tour boats and what is great, is to see that this ecosystem is developing beyond french borders. InOman, with le Tour d’Arabiewhich has dressed itself in Diam 24 and that’s amazing. It’s the best preparation ever for teams which want to join in the racing calendar season early. There’s always a good level racing and good conditions in Oman. There’s also the Grand Prix de Tahiti  which is getting ready for autumn 2018. That’s perfect because it will allow the elongation of media coverage for the Diam’s events year. It will be beneficial for the Tour, but not only, everyone will beneficiate from it: racing teams, technical teams, … And there are surely other projects on their way at International level and these are all good news.