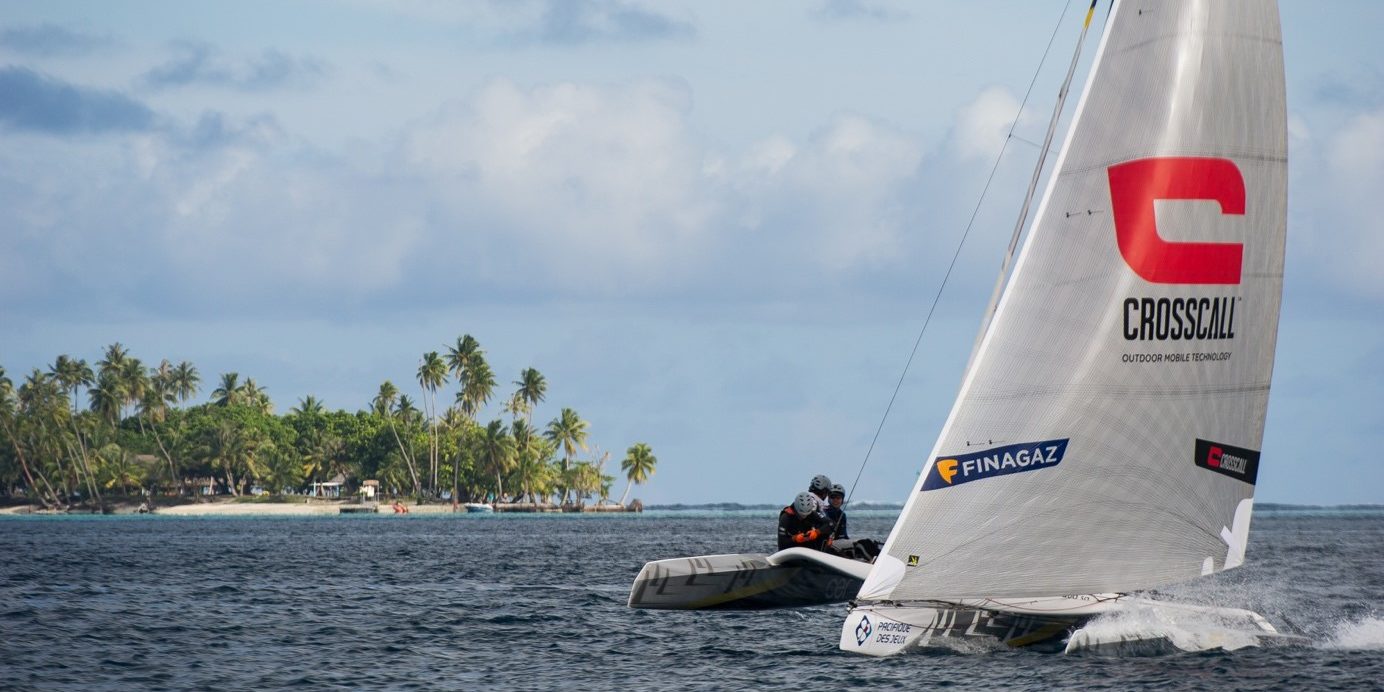 After a first successful edition, the « GP Pacifique des Jeux » comes back in 2019. The last step towards the World Diam Tour promises to be as  competitive as the previous one with its 45 events which will carry the fleet from Tahiti to Bora Bora. Before reaching the Bora Bora lagoon, the competitors will have finished the Diam 24 circuit longest raid : 90 milles in the middle of the Pacific between Moorea and Huahine. For the teams who love contact,  two half days at Moorea and Raiatea will be dedicated to the Stadiums. « we are presenting a more complete programme than last year,” promises Emmanuel Versace, co-organiser. « This will enable Raids and Stadiums specialists to express themselves with their own tactiques. The best team will be the most complete one. »

Compared to last year, the « GP Pacifique des Jeux » has also chosen to give  two additional days  off  to competitors to leave them time to chill out while discovering the « Society Archipelago ». Beyond the competition, amateurs teams, followers and sponsors will be able to make the most of 8 to 13 days packages specially conceived to discover Polynesia. Until the first of June, the subscription fees of  24 500 euros will  include the flight tickets, the meals as well as the accommodation.