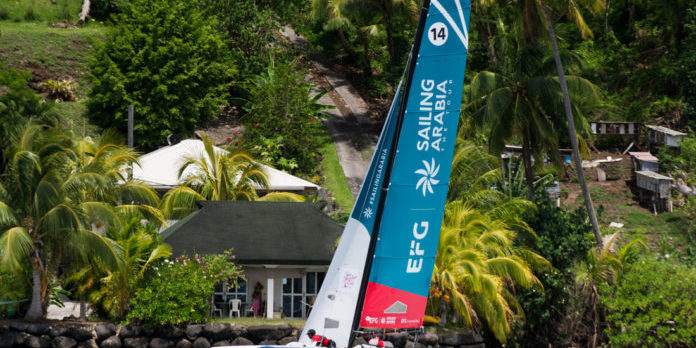 For the first time this year, a World Diam Tour ranking has been established from the ranking obtained with the three main international meetings. It’s the team Oman Sail, directed by Stevie Morisson, who won at the end of a dense season. Stevie and his team came third on the l’EFG Sailing Arabia The Tour, in February, before finishing 4th on the Tour Voile in July. The season finished last week on the occasion of the Grand Prix Pacifique des Jeux, in French Polynesia. « I did all this season with Abdul but nothing would have been possible without this great team, with Nick Asher, Thierry Douillard, Mathieu Richard, Olivier Gandon, Loïck, Suleiman and  Ali Al Balushi. It’s a beautiful team» has lauded the new Briton.

As from next year, the boat Oman Sail will show at the top of  its main sail the Gold Diam, distinctive symbol of the reigning world champion, Cheminées Poujoulat will be wearing the Silver Diam and Beijaflore the bronze Diam.