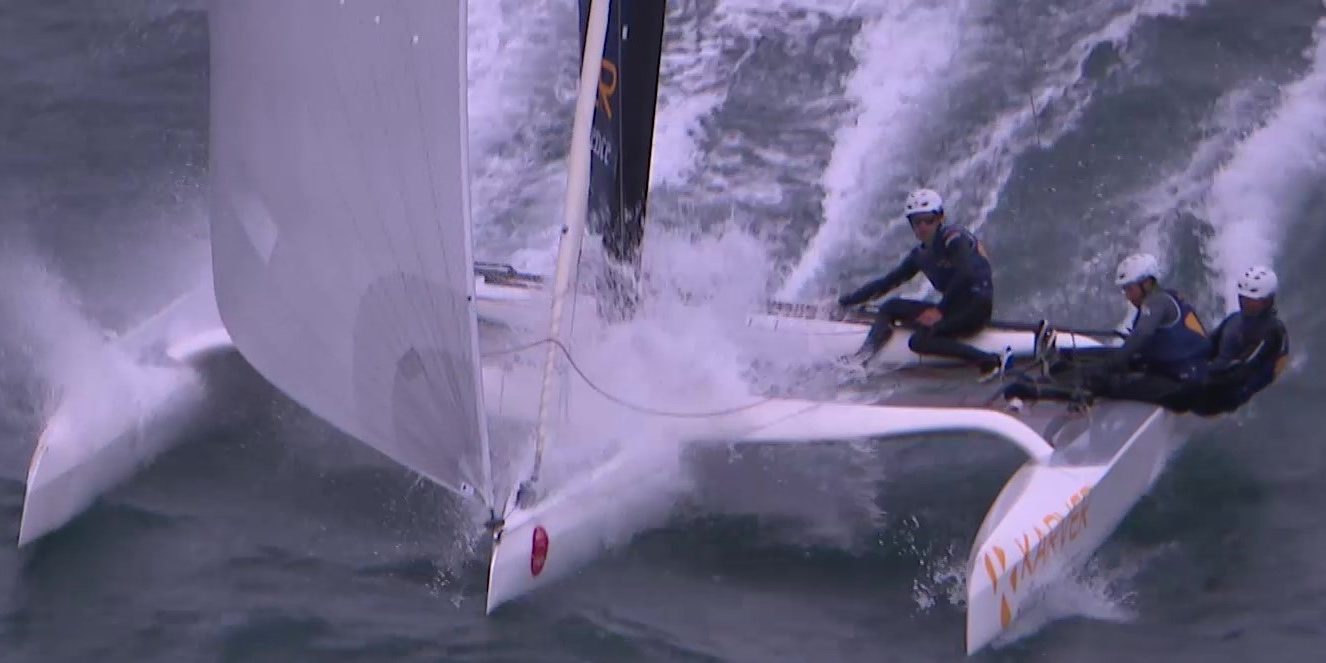 Veterans finding fast their marks, like Mathieu Souben (Extreme Team Morbihan Mille Nautique), and two newcomers who are progressing fast : the Spi Ouest France Destination Morbihan fleet was very varied, but it had been the theatre of beautiful struggles leaving the game open for the France 2020 Championship race !

The first of the two France 2021 championship, the Spi Ouest France Destination Morbihan was also the first important meeting of this  shortened season. 22 crews have entertained the Trinité-sur-Mer water spot, among them many young sailors coming right from sports clubs (Aix-les-Bains, Arcachon, Carnac, Port la Forêt…) and more experienced ones from the circuit, back on the fast hulls of the Diam24 od.

The renewal of the Diam24od fleet rewards the Class commitments to attract newcomers. And the amazing surprise is that the new sailors have got into the game right away, with a honourable 10th place ranking for the winners of the sports club competition, the Aix-les –bains natives, lead by  Alexis Littozbaritel.

The die is not cast yet  for the title!

The team of Guillaume Pirouelle (Karver Systems) has won the 2021 Spi Ouest France by 4 points in front of l’Extreme Team Morbihan Mille Nautique of Mathieu Souben. These 3-member crews have each in their sleeves 3 sets victories. Robert Solune (Golfe du Morbihan) completed this podium by one tiny point only ! Beautiful regularity in the Top 5 as well for Pieter Tack and his crew  (Pink Lady – Pays de l’or- sud France) 4th place and Clément Cron (Groupe Atlantic) 5th place.

This mixity between the circuit freshmen and experienced sailors have resulted in rich interactions and knowledge transmissions. « there has been a lot interactions and sailors mututal self-help specially during the training day preceding the race. It is a Class where team spirit is really present.  This has been indeed confirmed during the 2020 Nastro Rosa, in a friendly ambiance with a lot of mutual self-help between the crews, says Pierre Mas, spokesman for the  Groupe Atlantic crew.

The Normandy cup and France championship

The team of Guillaume Pirouelle winner ! 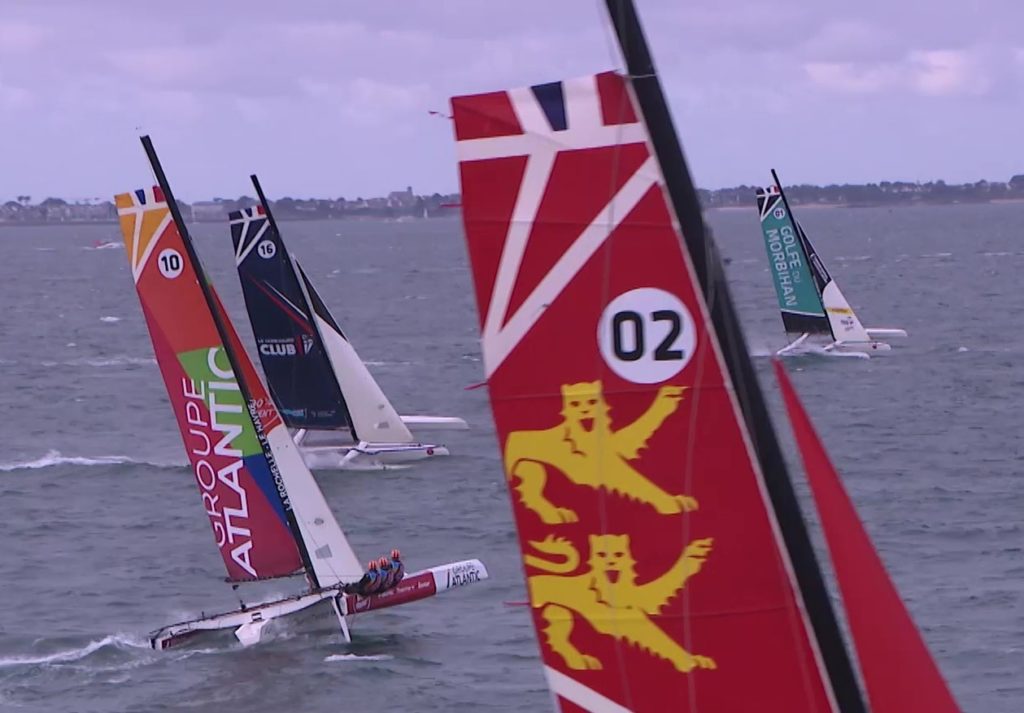 The Le Havre sailors from « Karver Systems have realised a one shot for this 2021 France One-design championship by winning the two races counting for the national ranking; the Spi ouest France destination Morbihan and La Normandie Cup !

After 5 rounds victories out of 8, the happy three led by Guillaume Pirouelle have dominated the Normandy Cup, even if they had to face a tough competitor, « L’Extrême Team Morbihan Mille Nautique », coxswained by Robin Follin for this occasion. The southern sailors from Pink Lady-Pays de l’or-Sud de France complete the podium. The same podium as the one from the France One-design championship !

The youth-ranking for this France one-design championship has been won by the crew of Clément Cron (Groupe Atlantic), 5th place in the general ranking.

Between the 22 three-member crews on the Spi Ouest France and the 17 from the Normandy Cup, this France one-design championship is the reflection of a dynamic and renewed fleet despite a shortened and complicated season : promising for 2021 ! 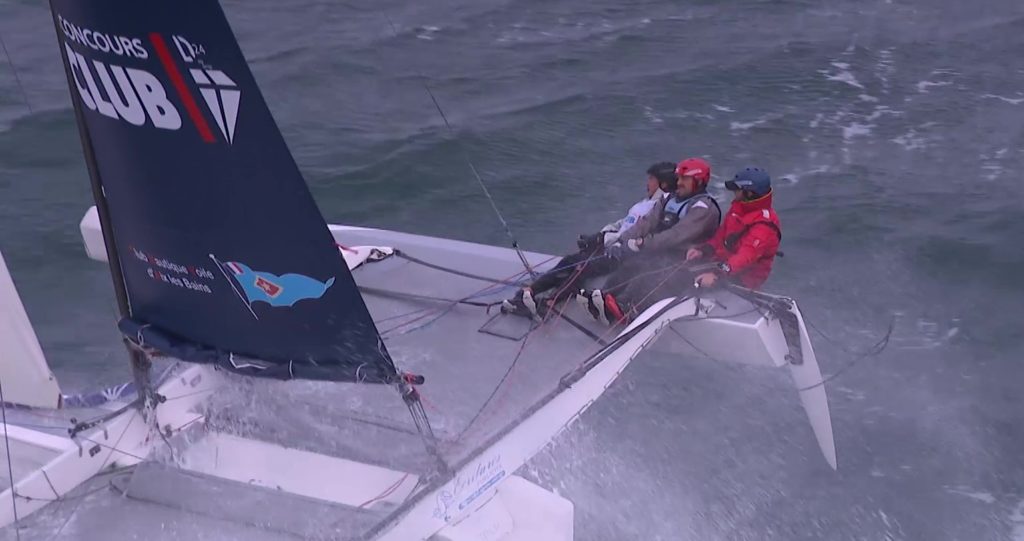 Many thanks to Anne Mallédant, race director of the Normandie Cup  who has dealt as best she could with the sulky weather ! And congrats to all the racers for their sportmanship and sharing attitude which is sustained at every meeting  ! 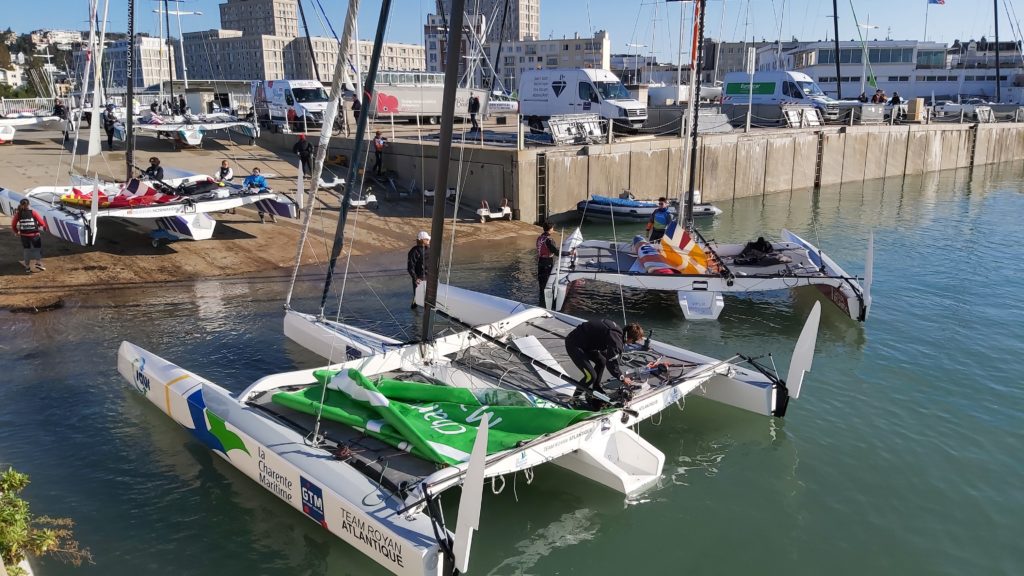