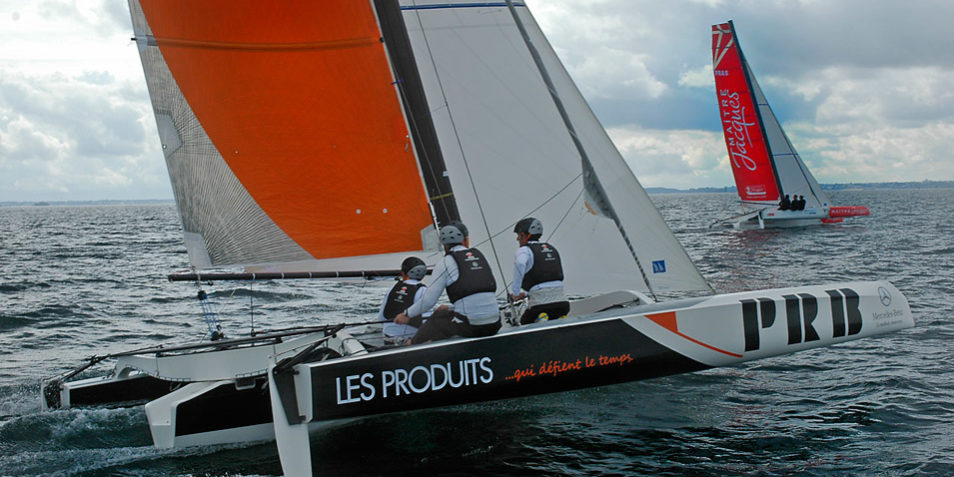 “The Grand prix of Port la Foret ended last night.
The Diams 24 OD in competition in this event finished 5 races around the Glenans islands from friday to sunday.
The races on friday and saturday were sailed under similar weather conditions of 10-15 knot north westerly winds.
On sunday, only one race was run and – because of lack of wind (under 10 knots) the initial course had to be reduced.
After 5 races around the Glenans Islands, Vincent Riou (PRB) claimed victory scoring a total of 12 points followed by Bernard Stamm (Poujolat) with 14 points and Loic Fequet (Maitre Jacques) with 17 points.
Huge thanks to the organising club of this event, the Club de la Vallee des Fous and also to Guyader Gastronomie and our partners, Armor Lux and Zulupack”