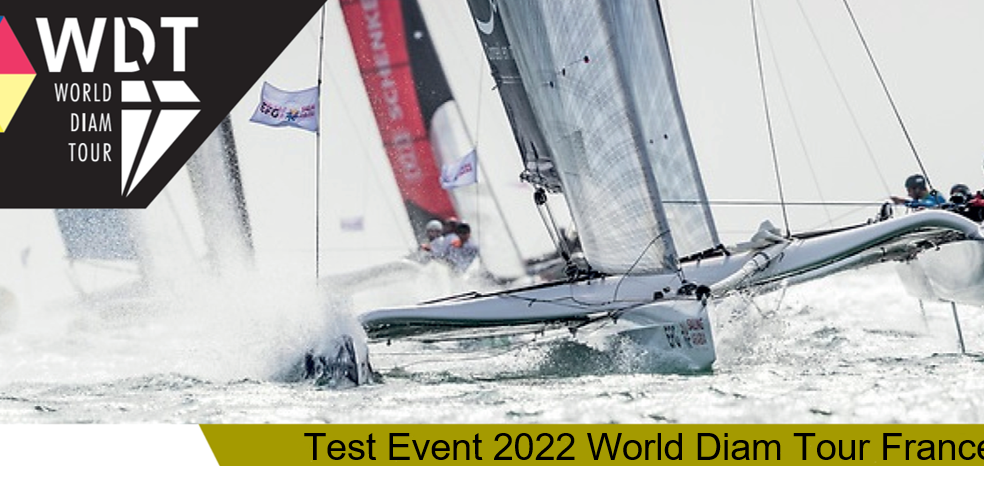 The 2022 season opens in a new era – besides the new and improved boat, the Tour Voile, a mainstay of the French regatta calendar since the creation of the boat, is off the schedule for the very first time. That’s a lot of changes on a so short notice, but don’t worry : the Class has all hands on deck to iron out a program that lives up to the expectations of all Diam 24od aficionados. The full-on regatta calendar that’s coming together features a Spring Challenge followed by a Championship over summer, a true continuation of this monotype multihull’s high-level competitive sailing tradition. Discover the main outlines below…

The new 2021 Tour Voile organizer threw the towel! 2022 marks the end of this team regatta tour, a classic event whose official boat had been the Diam 24od since its inception in 2015.

“The Tour Voile allowed us to grow the Diam brand on a global scale and establish our multihull sportboat as the ‘official Tour boat’. But we never developed the Diam 24od with this particular competition in mind; we just responded to a demand from the previous organizer ASO while keeping an eye on the pros and cons for us. We’re really disappointed that things turned out the way they did over these past 2 years! Still, let’s not forget our initial intention at the time we designed the D24 od: to offer a fast and simple multihull for people with no sailing experience besides monohull to enjoy, to bring everyone an opportunity to discover high-speed sailing, and to let them do so in a safe, hassle-free environment, at an affordable cost. We think the current situation is a chance for us to start a new chapter”, confesses designer and manufacturer Vianney Ancellin.

Starting at the end of March, the Grand Prix de l’Atlantique in Pornichet will kick off the Spring Challenge, which comprises a total of four three-day competitions taking place every three to four weeks until June. The second competition will be the unmissable Spi Ouest France in la Trinité-sur-Mer, then followed by the newly founded Tour des Îles de Bretagne Sud in Clohars Carnoët and eventually by the Grand Prix de l’Ecole Navale.

The Spring Challenge is the first of two stages that make up the World Diam Tour France. It sets the stage for phase 2, the Championship, a series of two or three racing events with an increased competitive level taking place in July.

This “WDT France Test Event” will be the proof of concept for a competition format we will look to replicate in other countries. Rankings will be established according to boat results as well as crew member results.

Ultimately this structure will enable the development of a crew fender connecting the many young sailors with prior experience of the Tour Voile with boat owners. This is an opportunity for them to get (re)acquainted with racing in a fun environment and at a competitive level while guaranteeing minimum attendance at every event. 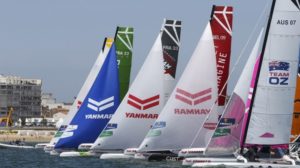 On the practical side of things, training sessions will be organized during the morning of the first racing day at every event.

Logistics will be entirely taken care of. No need to worry about transportation, storage facilities or trailer maintenance any more! The boat’s incredibly easy rigging, unrigging and unique transportability will allow us to convey the entire fleet together in Dboxes. Your Dbox will be delivered on location the day before the race, then loaded back and stored away at the end of the race until the next event.

As for communication, you already know how great of a support the Diam 24od is – not only to showcase your club, partners and sponsors, but also for events, organizers, host cities and yourself. This year, we’ll be producing films narrating every event’s highlights, behind-the-scenes and emotions, as well as illustrating the beauty of the sites hosting the races, allowing sponsors and host cities to showcase their support to the sailors. 13-minute documentary films will be produced after each event and combined together will tell the story of the season as it progresses. The films will be distributed locally through all event stakeholders, and broadcast by professionals both in France and abroad.

Our goal with this new concept is to fulfill the expectations of all parties involved in organizing this racing season while adapting to an ever-changing environment. quote missing?

The D24od empowers everyone, irrespective of age and experience level, to complement their sailing experience and step forward towards the next big thing in sailing, flying over the water on high-speed hydrofoils!