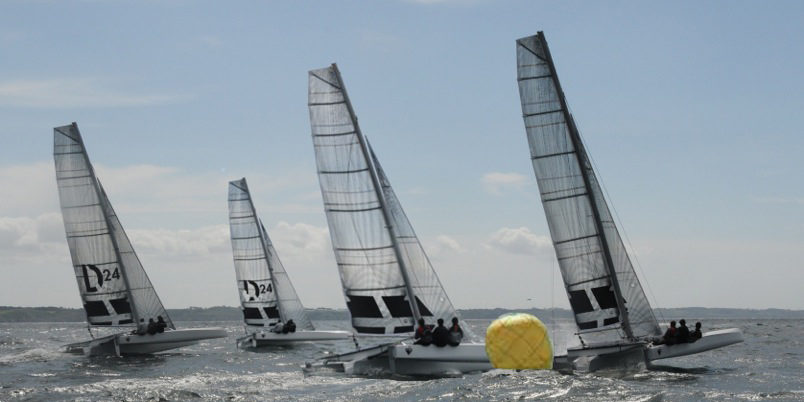 The production has worked twice as hard to meet the orders. They’ve just started the eighth Diam24.

For the opening of the first season of this multihull sport-boat, we’ll be at least 8 boats.

The teams already registered are:  Eric HAINNEVILLE and Christophe LATASTE, fans of speed boats and well known in Formula 18. Gery TRENTESAUX and François LAMIOT, remarkable for their numerous victories in IRC, they’re ready to start racing in multihull. Yann MARILLEY who is getting ready for the Route du Rhum in catamaran will train on the Diam. Vincent RIOU will start his season by improving his sailing on multihull. Two boats on the colours of the shipyard, one lead by Vianney Ancellin, who initiated the project, and the second one by a VIP team.  Loïc FEQUET also owns a boat, but as he’s getting ready for the Route du Rhum, he’ll come when available on one of the Grand prix.

Don’t hesitate to contact us for any further information.